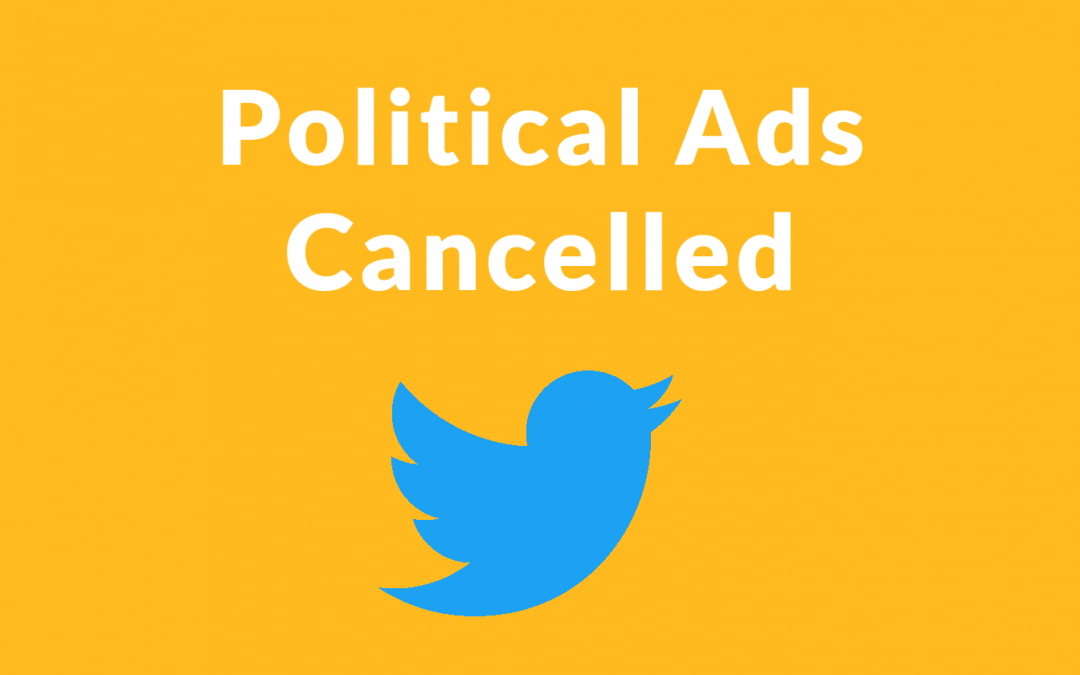 Twitter’s Jack Dorsey tweeted that Twitter will no longer accept political advertising. He shamed Facebook for allowing false claims in political ads and with this move it could be implied that it challenges other social networks. The new policy will be in force on November 22, 2019.

Jack Dorsey stated his belief that political advertising is risky and challenges the ideal of civic discourse. His announcement described the reasons for this decisions and why he feels it’s the best decision.

According to a series of tweets by Twitter CEO Jack Dorsey:

A political message earns reach when people decide to follow an account or retweet. Paying for reach removes that decision, forcing highly optimized and targeted political messages on people. We believe this decision should not be compromised by money.

Dorsey then called to attention the challenges inherent and imminent in political advertising:

He then implied that Facebook’s decision to allow false claims in political ads:

“For instance, it‘s not credible for us to say: “We’re working hard to stop people from gaming our systems to spread misleading info, buuut if someone pays us to target and force people to see their political ad…well…they can say whatever they want! 😉”

Finally, he revealed that this decision affected not just candidate ads but also what he called “issue ads” in order to keep candidates from finding loopholes to circumvent the ban.

“We considered stopping only candidate ads, but issue ads present a way to circumvent. Additionally, it isn’t fair for everyone but candidates to buy ads for issues they want to push. So we’re stopping these too.”

The response was overwhelmingly positive, with nearly 50,000 likes and almost 20,000 retweets within minutes.

I asked members of the SEO community about their thoughts on this announcement.

“It is imperative that we get a handle on this issue. I believe Twitter has taken the only appropriate course as there are too many work-arounds to try and police what is “within terms” or not.

“It’s clear that an unintended side effect of the Internet is that civilized discourse has suffered. One of the areas that has suffered the most is where politics are concerned, where people’s beliefs get challenged and tempers flare.

The last thing that is needed in this already hot environment is money, especially anonymous money, fanning the flames of hatred, division, misinformation and disinformation.”

“I don’t think it will have as much of an impact as if Facebook took away these ads. I don’t see Facebook doing that. And it would be difficult for local politicians if they did.

I would be interested to know how much Twitter made from political ads last year.I don’t think its a major source of their revenue at all.

I’m not sure if this is a risk at all for Twitter. More of a PR play – but one I think is a good move.”

We will have enough organic political discourse. I would love to think we could remove the paid discourse.”